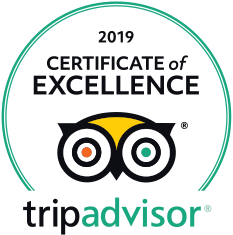 It’s safe to say that New York City would not be where it is today without Central Park. It’s not only the “Lung” of the City but it’s also its top touristic landmark, most gorgeous one and certainly the most pleasurable one to live around. It’s no surprise that the City’s most expensive penthouses/real estate are overlooking Central Park. If Central park itself was to be sold to a private buyer, it would sell for approximately $700 billion!!!

As a lifelong New Yorker, I know firsthand the benefits of living in the upper east side of Central Park and how much of a difference it makes in one’s lifestyle. I developed a deep connection and passion for Central Park to the point where I became a Central Park tour guide back in 2007 offering private guided tours in 4 languages. I couldn’t have asked for a more beautiful and fulfilling “office” to show up to every day. So much so that I decided to purchase my first pedicab within a month of starting what was supposed to be a summer gig. My tours consisted of narration of fun facts/trivia, history, stops at major sites for beautiful photos and most importantly interacting and sharing stories with thousands of visitors from around the world! As a hospitable person in nature, I fully enjoyed what I did and pedaling full-grown adults around for up to 8 hours sure did keep me in amazing shape!

Now, after retiring to other life endeavors, my small & well-trained team of the best and most entertaining tour guides keep on carrying my legacy of offering the best service and quality tours for those wishing to discover the best park in the world…in style! For many years, we have earned consecutive Certificated of Excellence on Tripadvisor and have been praised by the Huffington Post UK in 2016. We welcome you with open arms and warm hearts to come to join us on a wonderful & fun adventure to explore the one and only Central Park.